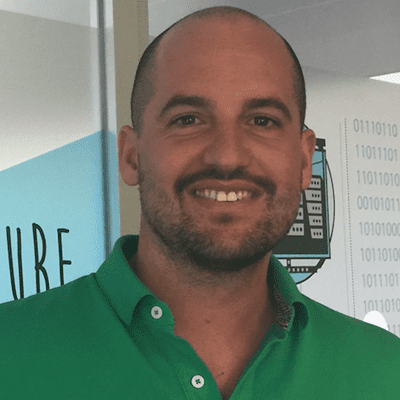 Antonio Pizarro is Senior Business Development Manager at OVH in Spain. He is responsible for managing the most relevant clients of the company and advising them on the solutions that best fit their needs.

Antonio owns a degree in Computer Engineering and a master’s degree in Project Management from Universidad Nebrija in Madrid. In addition, he has several certifications from Cisco and VMware, among others.

Antonio began his professional career in 2005 as a consultant in Meta4 to embark later in two personal projects that was co-founder between 2008 and 2013: Plannic and Priveoutlet.com. Plannic is a social network to create group events with more than 40,000 users, which was one of the finalist projects of the BBVA Open Talent Red Innova 2011, among more than 300 startups. In 2010 Antonio started to combine his personal projects with a new job role in Acens as a Sales Engineer Manager to later become a Key Account Manager for four years.in April 2017, he joined the team at OVH.

Since its founding in 1999, OVH innovates from the inside, in the data centers and the network, and has become one of the leading players in the cloud sector worldwide. The OVH group offers simple and powerful tools and solutions that allow technology to be used in the industry and revolutionize the way its million customers work around the world.

All session by Antonio Pizarro

Open Cloud: why an interoperable cloud is the key