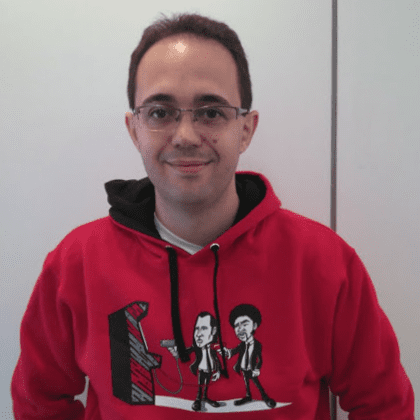 Since February 2013 he works at Localidata, in the area of open data, developing a diversity of web applications and APIs based on semantic and NoSQL databases.

In 2015 he was conferred the award for the best Web application at the Second Open Data Competition, by Junta de Comunidades de Castilla y León. He submitted a Web-based game that combined gamification with open data.

He worked previously at T-Systems as a developer, consultant and analyst for various web applications related to e-government.