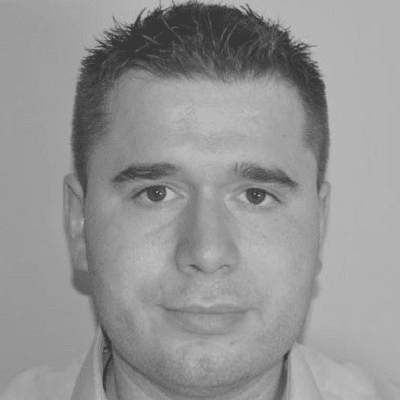 With more than 10 years of experience, I have led very important projects in the banking sector (SIRO, first application of operational risks in Spain), in the Justice sector (MinervaWeb, Central Registry of Precautionary Measures and domestic violence) and in the Health sector (Department of exploitation, prescription XXI and temporary disability within the Andalusian Health Service). I have also led the internal Apis within the BBVA, among which is the Digital Ticket.

Also, I have assembled all the infrastructure (digital, cloud, audiovisual) of a retail of the world of travel, PANGEA, the largest travel store in the world, also leading the innovation projects (Emotia, 360 videos, virtual reality .. ) until I became responsible for Technology, which I left in July 2016.

Since 2013, I also created CloudAppi, a company with an agile philosophy that is dedicated to developing both products and services. In these two years we have done incredible things, such as developing the whole application of the human resources multinational Canteon, developing the Serhos group’s digital transformation applications or designing the AWS architecture of Pangea, Catenon, Serhos and Interaction Mobile.

Also in 2013, I founded ApiAddicts, one of the most important Apis groups in Madrid and in which we have developed more than 20 talks in the last 2 years on the world of the Apis (security, definition, implementation, api managers … ).

In 2016, I founded the company LeadGods, which has developed an application that allows you to sell all digital products in one place (events, streaming, digital books …) and has transacted more than 2 million dollars this year.

All session by Marco Antonio Sanz