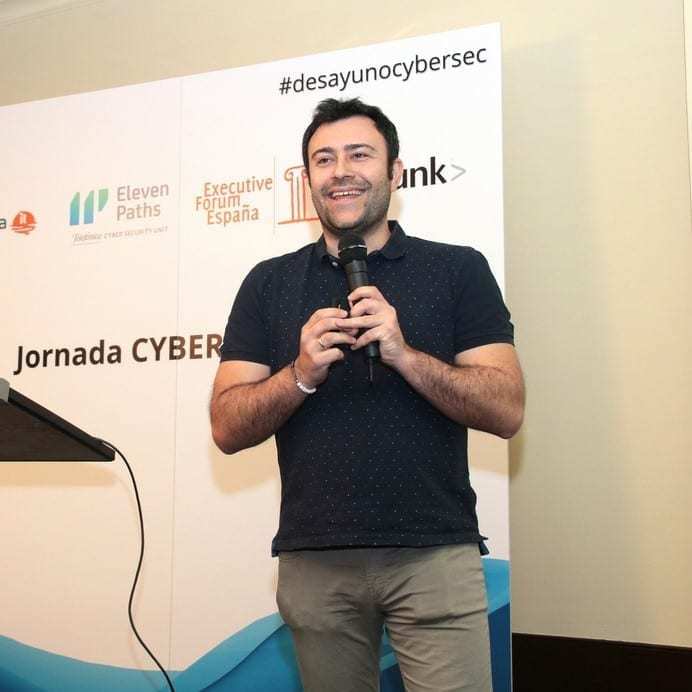 Pablo San Emeterio is a Computer Engineer and Master in Auditing and Information Security by the UPM, has been working in the security world for more than 8 years, mainly highlighting his research on the security of the various instant messaging applications along with works on Hooking techniques. This has allowed him to participate as a keynote speaker at major international events such as Shmoocon (Washington), Black Hat (Amsterdam, Sao Paulo and Las Vegas), Defcon (Las Vegas), as well as repeated papers at prestigious national conferences such as Rootedcon, NcN, Black Knives, ConectaCON, etc.

He currently works as Security Ambassador (CSA) for ElevenPaths and as an innovation analyst within the Inviation Lab. ElevenPaths is Telefónica’s cybersecurity unit. He is also the founder of the H4ckM33ts training workshops that seek to train attendees in the different areas of computer security through practice.