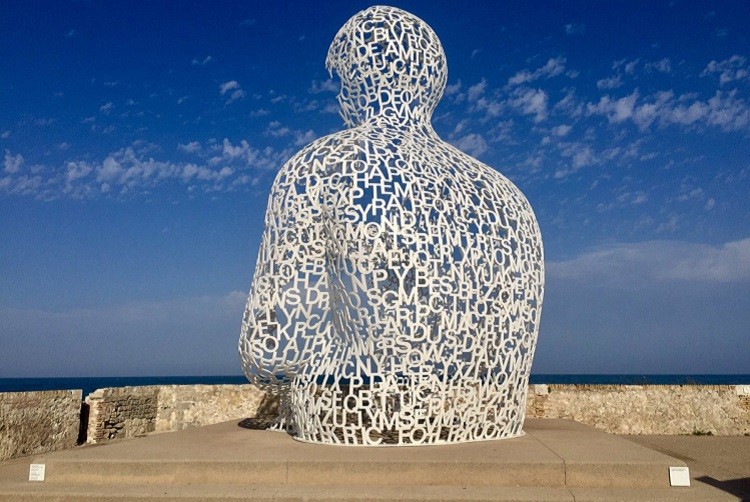 Think for 5 seconds about three singularities or characteristics which identify us as human beings. Ready? I am pretty sure that one of them has been intelligence. That is true. The only living being on Earth which has intelligence is the human being and this characteristic clearly identifies us. The rest of species are mostly driven by instinct and, of course, they don’t question their own existence. They have no consciousness. David Foster Wallace summarises it perfectly with his fish paradox.

However, the real intelligence (to distinguish it from the artificial one) is a newcomer in the temporal scale of the universe. If the time of Evolution on Earth is concentrated in a single day, the intelligence appears on the last second of the day, just before midnight.

Even being so “recent”, this is the characteristic that more clearly differentiate us from the rest of the living beings but, what happens with the non-living beings such as Artificial Intelligence?

In what way do we differ from artificial intelligence?

Every week we find news which change our point of view about how “unique” is the human being. I am talking about news which show an AI which mimics or exceeds certain human capabilities. I am talking about human capabilities which are usually considered intelligence such as writing a book, being the World Chess Champion or a medical specialist. Suddenly we find GPT-3, an algorithm based on a linguistic neural network which can write articles about the topic we want, and we could not find any difference with an article written by a human. We may also find that the best GO player (GO is a game which is thousands of times more complex than chess) is now an algorithm called AlphaZero, which can get in 24 hours of learning a superhuman level. Or what about algorithms that can identify malignant tumors with higher precision than a medical specialist… Disturbing, isn’t it?

And it seems we are getting closer to the moment when we do not have the exclusivity of intelligence on Earth… or is it still very far? Let me explain myself…

The experiment of the chinese room

The idea of intelligence being the same as the intelligent behaviour has been questioned by some people. The most known counter-argument is the experiment of the Chinese Room of John Searle. Searle describes an experiment where a non-Chinese speaking person is locked up in a room. Out of the room there is another person who can introduce notes in chinese inside the room through a mail slot. The person inside has a big manual where this person can find detailed instructions to answer to the notes from outside. 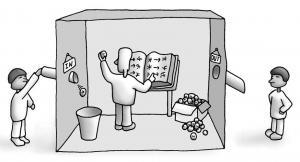 Searle established that even if the person outside the room has the impression of talking with another chinese speaking person, the person inside the room does not even understand chinese. In the same way, the argument continues: even if a machine behaves in an intelligent way, for example, beating the Turing test, it cannot be inferred that the machine is intelligent or that has a “mind” in the same way as a human. The word “intelligent” can also be replaced by the word “conscious” and a similar argument can be made.

The Moravec’s Paradox: The easy is difficult in AI and vice versa

Wow, OK, it seems we are safe. The AI seems to be more like a Chinese Room and due to the fact of not being conscious, it will never be like us… are you sure? Let’s see some examples which makes the border more diffuse. Because, on many occasions, our brain works like inside a chinese box…

One of those occasions is the spatial perception we have when recognising what surrounds us. This is better understood when we see how an AI can beat the World Chess Champion, but don’t ask it to pick the pieces up and keep them in a box after the game, it will fail. The area where a one-year-old child can perform with no problem, it cannot be solved by the most advanced robots.

When we make a move, we are not aware of the steps taken such as “I lift the muscle of the arm and calculate the distance until the target, then I turn and think where can I grab it and how strong…” This is very trivial for us, it is instinctive. However, it is “a big problem” for AI. If not, see this example about how a robot assembles IKEA furniture (OK, some of us are hopeless cases doing this, but we do not spend 11 minutes just calculating the distribution inside the room ;-)).

The argument of Moravec, when formulating his paradox, is simple: when we develop artificial intelligence, we just reverse engineer our own intelligence. And, the efforts needed to copy each human skill are proportional to age of this skill appearing on our genealogical tree.

Then, if some of the more “intelligent” functions of our brain are relatively easy for the AI, are we not as clever as we thought? Are we conscious, but not so intelligent? Is the reasoning capacity something that is easily imitable?

OK, AI uses brute force and it is unbeatable in analysing data, searching patterns and creating predictions based on millions of data. However, it doesn’t mean they understand. Isn’t it the same way the human ear acts? The ear is in charge of decomposing the sounds in Fourier Transforms to filter them and take only those frequencies that give information and eliminate background noise… Perfectly amazing… but in “Chinese room” mode.

Maybe we should start changing the definition of what makes us more human and the intelligence may not be as important and the feelings, ethics and capacity of cooperation… Can you imagine a model of artificial intelligence feeling fear, flirting, gossiping, lying (to himself or to others), feeling remorses, yawning, dreaming of holidays in the Caribbean, with tabus and phobias, feeling compassion or angst facing death…? In my opinion, by the moment, I don’t think so… Artificial Intelligence is now so far!!!

Coming back to the Fish paradox, the most obvious side of our reality is many times difficult to see and the key of why we are humans is just there…