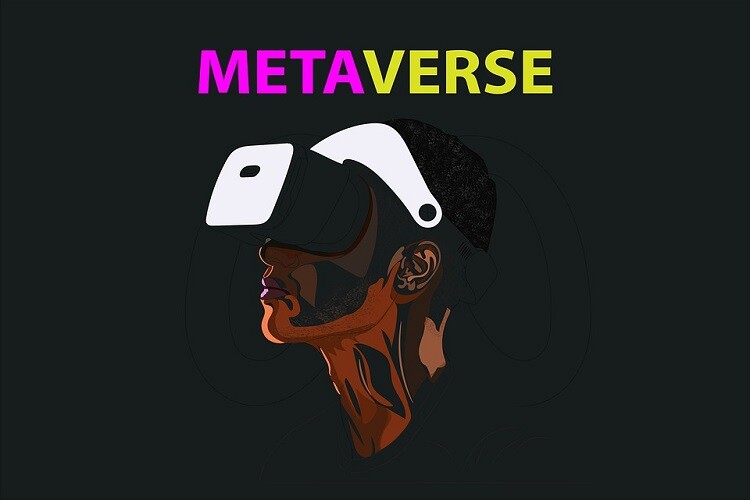 NFTs and the Metaverse: a very well-matched marriage

Those of us who are passionate about technology love novelties, we enjoy hunting for trends that can mean the “Next big thing” that is going to revolutionize our lives. Among the different options that run through our screens there are always some, which, either because of the community they bring together or because of the Wow effect they produce, end up monopolizing the focus of media attention. The NFTs and the Metaverse, with quite different origins, are two of the “rock stars” of the moment. In this article we are going to talk a little about both, what they are, how they are connected to each other, the current state of technology and what awaits us in the future.

The world of NFTs

Let’s start with NFTs, which have been in fashion for some time now. Its acronym responds to “non fungible token”, that is, non-fungible token. They refer to a token, a hexadecimal string that represents a digital asset or utility in a blockchain chain that can refer to a property, a right or an economic value among other options. NFTs are not fungible, which means that they do not disappear with use, they are not divisible and their supply is limited. To ground it in our daily lives, an NFT can represent anything from a property right to a home to being a member of a football club with a limited number of members.

NFTs are seeing a lot of success being used with purely digital assets like images. What you acquire in this case with them is normally not the intellectual property of the resource or the exclusivity of the enjoyment, it is just pure and hard collecting of NFTs of virtual elements to which the market gives value. For example, an official NFT from the novel Game of Thrones has value because of its exclusivity -there would only be one- and because of the community that gives it value by being willing to pay a price for it, really that token does not prevent the rest of the world Let’s enjoy the work. Ah, human vanity!

A volatile and speculative market has opened up around them, involving celebrities, elite athletes and content creators. Everyone wants to get their NFT out and many want to buy them, either because they are die-hard fans or to multiply their investment. Are we going to find ourselves facing a crisis like that of the Dutch tulips or is the phenomenon here to stay? Now let’s talk about the Metaverse.

The Metaverse, the great protagonist of the moment

The Metaverse is the term that Facebook has created to relaunch the old idea of ​​virtual worlds in the Ready Player One plan. It is not a new concept, in fact they have not invented anything, we have been with this type of virtual worlds in the world for quite a few years now. market, from Second Life to the dozens of persistent open world games have embraced this concept, although without implying in it a scope that encompasses all social interactions and the use of virtual reality.

Obviously Meta -formerly called Facebook- has a millionaire line of investment in virtual reality issues since the purchase of Oculus Rift a few years ago, so it has long been very interested in turning this technology into a mass product. The situation also coincides with a stagnation in the number of Facebook users and a growing concern about the evolution of Instagram, which is being abandoned by new generations in favor of Tik Tok. So the American multinational has embarked on a profound reconversion – now they are called Meta – and has put all their efforts into launching this Metaverse.

But what is there really? Does Zuckerberg’s famous presentation video have anything to do with reality? Well, not yet, really, sketches of that future are beginning to appear, but with a much more crude visual and interaction level. There are many other companies willing to join the wave and be the first to colonize this new promised land. The question of these parallel worlds is whether they will succeed with this push in 3 or 4 years, or will we have to wait even more years, as happened in their day with the Internet on mobile phones, virtual reality glasses or even CDs -ROM.

The Marriage of NFTs and the Metaverse

Both worlds, the NFTs and the Metaverse, are very connected, especially because within that virtual reality there will be millions of digital elements susceptible to ownership and all kinds of rights, something similar to what happens today with many video games. like Fornite or Fifa, which are full of purchasable elements such as uniforms or weapons with micropayments. NFTs therefore take advantage of the Metaverse, they are a palpable reality and used by their fans, although it is true that they are generating a lot of controversy among other users who see them as an aberration.

In our case we are clear that the Metaverse -or whatever they want to call it in their next reincarnation- sooner or later will triumph, it does not necessarily have to be a place owned by a single company -as they aspire to in Meta-, perhaps it can become a kind of parallel Internet where different universes are connected horizontally. It is clear that this new parallel reality will bring tons of legislative production to, once again, try to put doors on the field. When these parallel worlds arrive, countless new economic opportunities will open up. But let’s not forget that in the gold rush it was the pick and shovel vendors who got rich.

As for the NFTs, in our opinion they have come to stay beyond the speculative swings, they are a new title of rights that will be added to those already existing in the physical world. Beyond the bursting of its bubble, which will come, no one is going to create a work of art, a film or a novel without owning the rights for NFTs, regardless of the scandal they generate for some, regardless of being in favor or against cons, all authors will want to own it.

We live in exciting times. We will have to be attentive to the evolution of the Metaverse. And also see if the NFTs continue to maintain the type to decide when to bet professionally -or not- for these new worlds.