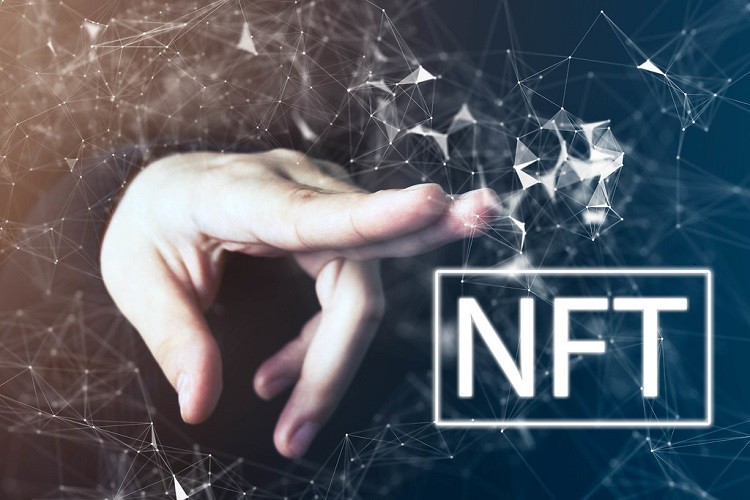 Get that NFT before anyone else

Any technology that appears creates a very high expectation, then that expectation ends up lowering, and that is when the methodology and technology improve, remaining at a suitable or ideal point. This is a maxim applicable to all technologies, and Gartner is in charge with its graphs and reports to guide us in each of them, so that we know the point where they are.

I say this because the first NFT called Rare Pepe, which by the way is still working and accumulating value there, was created on the Bitcoin blockchain. But let’s be honest, Bitcoin has never been oriented towards smart contracts and although it had them, they were not developed to the complex level that NFTs were requiring. And then, Ethereum took over from smart contracts, improving them in such a way that it is currently one of its fundamental pillars. And of course, a developer today does not even remotely think about creating an NFT in Bitcoin.

And it is that Ethereum has seen a very great potential in NFTs and for this reason, its blockchain platform is oriented so that developers can program a smart contract for an NFT token and in that program they pour all the creative freedom that invades them, since Anything that we can imagine could be stored inside an NFT token, sometimes more successfully than others, is also true. Oh, and while the Ether rising.

Well, the Ethereum blockchain is taking the issue of NFTs so seriously, that they are developing a very powerful universe of tools around them, and have created some standards, such as the ERC-1155 that allow creating NFTs in a simple way, looking for share, exchange and integrate. These aspects are already predominating in blockchain or in web 3.0 at an accelerated pace. In fact, the ERC-1155 can perform the same functions as a fungible or a non-fungible token or both at the same time. This is the versatility of Ethereum and its tokens. And why integrate and share? Well, because there are other blockchain platforms that are getting their act together when it comes to developing smart contracts, but here the important one is Ethereum and, after all, all the others are interested in being integrated with Ethereum.

When a developer is programming a non-fungible token he is guaranteeing that the tokens remain immutable and unaltered on the blockchain. And from here, one of its main characteristics emerges, singularity, since another token may be similar, it may be copied, but it will not have identical characteristics. And at that very moment, the principle of scarcity arises, which is based on singularity and particularity, to cover this NFT with a character of privilege. I have something that no one else has. Through this non-fungible token, you become the owner of a digital asset, which has been issued and programmed with unique and unrepeatable characteristics. And we are holders of a token that cannot be divided or destroyed.

That is why an NFT is so important when we talk about digital identity, because it can be represented in an NFT, where it appears that each person has a unique and protected identity.

However, the concept of NFT goes much further. We would be talking about a paradigm shift. It is true that, for part of the population, this phenomenon may seem excessive, but for digital natives it is something that they are already incorporating. And it is that what may seem to me to have value, does not have to coincide with another person. Maybe a child prefers a Fornite NFT, instead of the pay that I received when I was a child, because that gives him a value, with which he can buy or exchange and thus access skills or weapons, in that virtual world in which are growing.

In the real world, garments by famous artists or actors, musical instruments that belonged to legends or letters from distinguished personalities have been auctioned, it is what we are used to. But if we think about it, isn’t it the same concept? Well, if we take that to digital, we have an NFT. With a difference. The new generations already value the digital more than the real and that you have the sword with which the final of the world championship has been won, it could be compared to having the boots with which Iniesta scored the goal that was worth the only World Cup that Spain has, to give an example.

That sword would be non-fungible because you couldn’t split it. Its value will remain such as long as it remains whole. Imagine that we had the Roman sword of Marco Antonio or that of d’Artagnan. It would make no sense to divide it and it would lose value. Well, an NFT token gives exclusivity by the principle of scarcity and non-fungibility. In fact, in the world of video games, if you have the token of the car that has won the most important championship in the world, it gives you a higher social status and a collectible dimension. I know that this still does not fit our mentality, but there are generations that already bring it as standard.

The concept of digital scarcity

All this has been made possible by Blockchain, allowing the transfer of value without intermediaries, in a safe, transparent and immutable way. Tokenize digital goods that appear in games and trade them seamlessly. When you tokenize a good, you can expose it in DeCentraland or sell it in any MarketPlace, earning cryptocurrencies. With all this, a virtual economy is being generated, which may be related to gambling or to any other sector, but which is beginning to move a lot of virtual money. The truth is that Blockchain verifies the authenticity of each of the NFTs that are created as a unique record in Ethereum and any copy that is made is contrasted with the public information of the original digital asset and by checking dates and various identifiers, it ends seeing which is the copy and which is the original, without a doubt. Because this is transparent and if you go with a copy, everyone knows that it is a copy, but, oh friend, if you carry the original!!!

Could we think that the players of a Community do not want to play with a player if his weapon is not an NFT (original)?, or in this Gallery they do not allow you to expose your work if it is not an NFT? And that would give exclusivity to the Community and the Gallery. You can play or exhibit on other sites, but in the end the human being tends to the exclusivity of the single record.

Imagine that we are in a famous game where the avatars wear camouflage vests and a commercial agreement is established with a vest manufacturer acting as sponsors and we take an original vest in the game and customize it, designing it with more pockets, zippers, various colors, different padding. And we decided that every time this vest is sold, the brand will take a percentage. Through blockchain it is automated by being recorded in the Smart contract, so when that sale occurs, the brand will receive its commission for doing nothing. The owners of the game have used a famous camouflage vest advertising it and on top of that if it is sold, the brand gets a commission. Or you can open the fan even more and if someone buys the vest, they will receive an NFT, which will allow them to participate in that exclusive game where those vests or others are used. And whoever talks about vests, talks about any other example, that there will be better ones.

Since ancient times, human beings have valued and exchanged any element based on its supply and demand. The concept of digital scarcity is new, and addresses the limitation of resources in digital format, which is closely related to blockchain technology and keeping its economic system decentralized and on track towards sustainability. But the principle of scarcity in general has always existed and has guided commercial and economic relations.

The future of NFTs?

Of course there are still a lot of things to improve on NFTs. The usability to transfer or store an NFT will have to improve. The operations carried out through Smart contracts are becoming heavier and more complex, which results in high commission costs and a strong negative impact on the network by consuming many resources and not being sustainable, but all this will improve. What matters is the concept. Because the standards that enhance the functionality of the NFTs developed by programmers will also improve. Keep in mind that this has just been born, and that there will be adjustments, regulations will come out, security will improve, but one thing is clear, NFTs are here to stay.