In most web projects, React, Angular or Vuejs is usually chosen, but there are other technologies prowling to dethrone the kings, and he is Svelte. Will you get a position?

In the web world it is constantly changing and evolving, which leads us to an environment where new libraries and frameworks appear every so often to address all or some part of the web or some of the cycles for its deployment. And this is where this bookstore has been in the market for some time, but since May 2019 it has been gaining more strength.

“Svelte is a radical new approach to building user interfaces. Whereas traditional frameworks like React and Vue do the bulk of their work in the browser, Svelte shifts that work into a compile step that happens when you build your app.

Instead of using techniques like virtual DOM diffing, Svelte writes code that surgically updates the DOM when the state of your app changes.”

As we can see in its official definition, it is compared with Vue and React, and it seems that on the part of Virtual DOM, the main objective is to take part of the React projects.

Before starting to use this library, if we analyze if it is really worth it, we can highlight in your Github:

The amount of commits he has, the 207 contributors, his MIT license and one of the contributors is Rich Harris, a graphic editor at The New York Times. Also on its website, we can see which customers are currently using this technology. 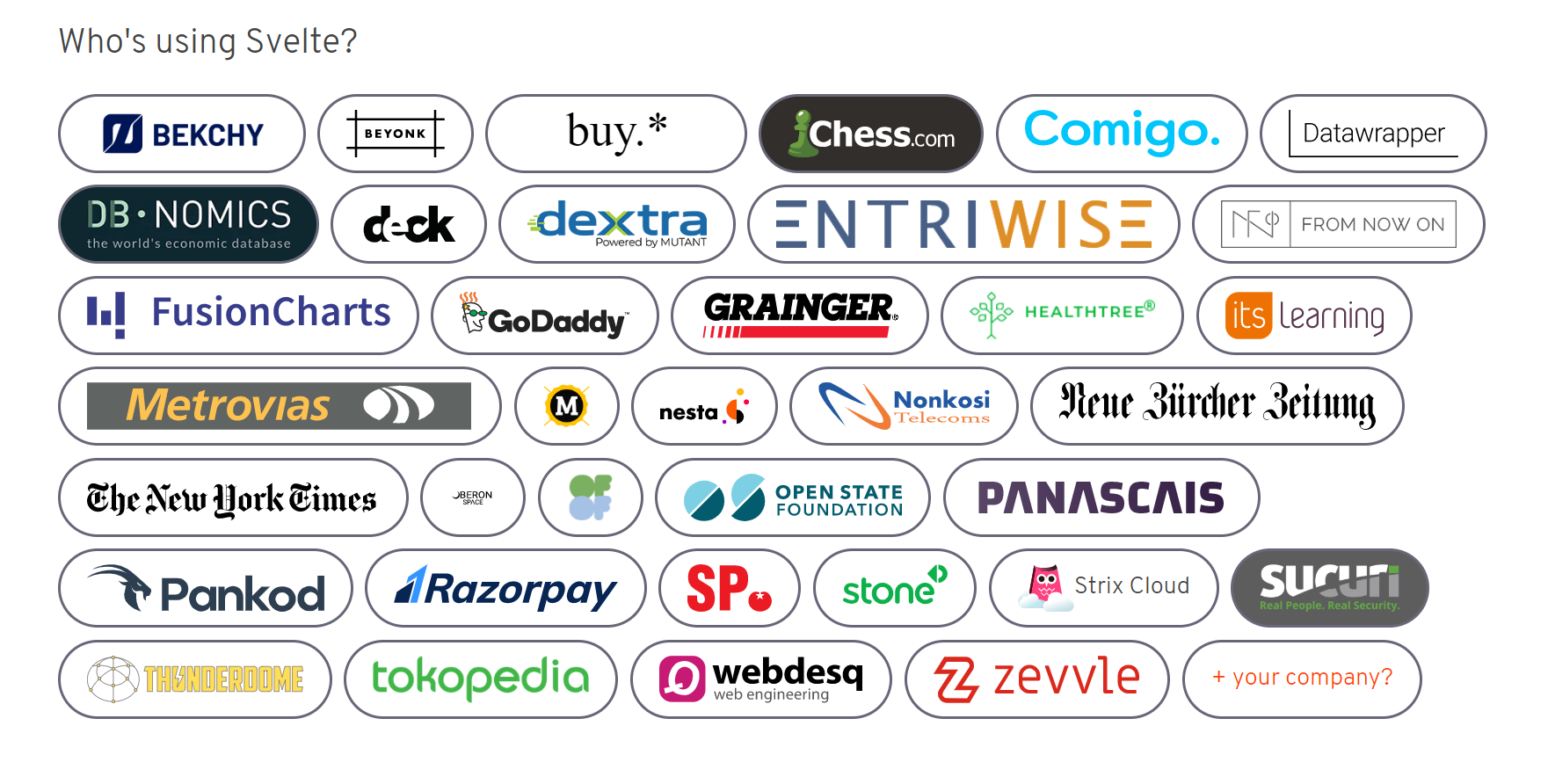 Despite the fact that at this time it does not seem to have one of the greats, supporting its development and implementation, due to the aforementioned data and the possibility that it may have some improvement or included in React, it drives us to at least make some proof of concept and the occasional project.

The most important parts of this library would be:

When we look for the best solution for our product or customers, we can not only keep the best option, but we must analyze all the possibilities and market orientation, in order to optimize our technological solutions. Svelte, he may not be able to unseat the big ones, but at least he is providing another way to approach application concepts. Sometimes it’s not about being the best, but about finding your place and you may have found it.