Last week React Alicante, an international event focused on the React opensource library, where we were able to learn about the novelties and architectures with this technology.

React is an Opensource Javascript library created by Facebook. This library is one of the main technologies used to build SPA. Some of the companies that have developed their product or part of it with them are: Netflix, Yahoo, Dropbox, WhatsApp, Instragram, Airbnb, Bitbucket, etc …

There are different events of this technology worldwide, but the most important in Europe would be the React Amsterdam that was in April. The news that the React Alicante brings us, compared to other tech events in Spain, is that it was completely in English and most of the attendees were from different countries in Europe and some from the other side of the pond. But how has this event brought people from different countries?

One of the highlights of the event has been the location. When being organized at the Meliá hotel in Alicante, we found the advantages offered by these types of hotels, with the beach at the foot of the event and with a very mild climate, where we could enjoy going to the pool or going to the nearby beaches being at the end of September. 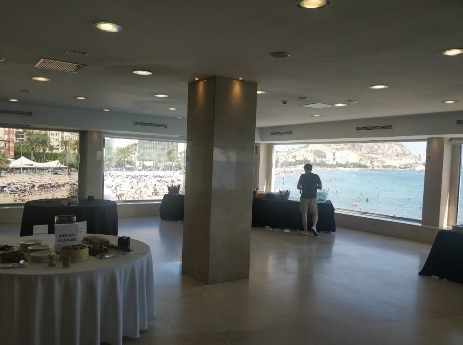 Another point to highlight would be the price of tickets, unlike other international events where tickets are from 600 euros, like the workshops, here we could find a maximum of 150 euros the event entrance. 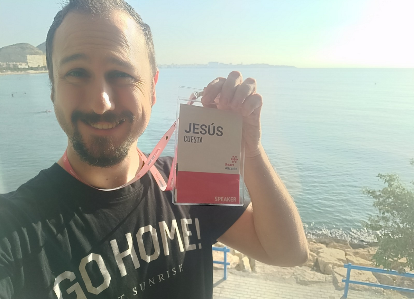 As for workshops and talks, we could find from introductory content and talks for more advanced users. Among the different Speakers we could highlight people from Skyscanner, Wix, author of Redux Form and React Final Form, MongoDB, freelancers, WeWork, atSystems (as is my case). The talk I gave was about JAMstack architecture defined and developed with React. You can download it here.

In the event that you would like to know more in detail about the event it would be possible through: 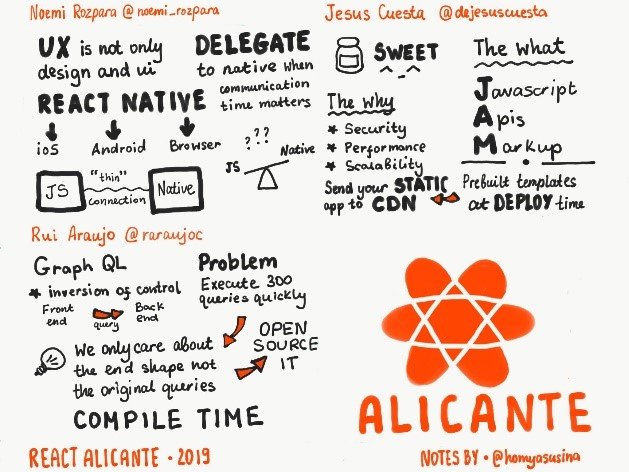 In short, an event on enviable dates and location, where for a reduced price we can attend an international event of one of the most cutting-edge technologies at Frontend and Javascript. Without forgetting, all the networking and fun you can have after the event with all the attendees and speakers. 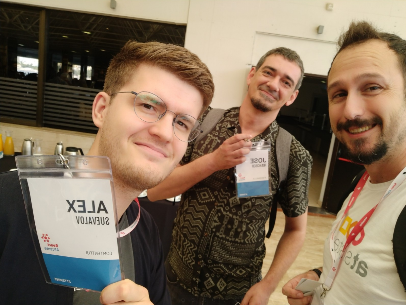