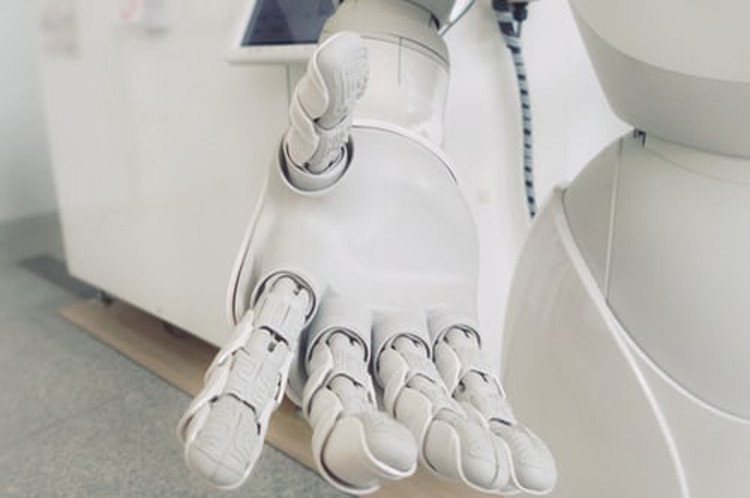 Every day, we see many examples in the press of how open source contributes its part to make a better world. Small municipalities frequently adopt software solutions based on open source for replacing other proprietary solutions with the main goal of cost reduction, extending the life of existing hardware, implementing new functionalities / functions and similar. Hospitals often migrate their servers for optimising their hardware resources using open source to offer a better service. Researchers use it to analyse large amounts of data and create models for prediction. And the uses of open source are not restricted to the previously mentioned. Governments have also realised that there is a lot of potential in open source for their citizens and development.

The most recent example can be found in one of the most powerful nations of the world. We are talking, of course, about the United States. This government, after being initially reluctant, uses more and more the open source software as a way of saving costs and deploying better technology. It is very interesting how this country is fostering the development of artificial intelligence from the US Administration’s.

We can also think that they are trying to kill two birds with one stone, no joke intended, and improve the military capabilities of the nation from combat training to naval maintenance. However, the use of artificial intelligence is more multidisciplinary than we may think and covers all aspects of US Administration.

Since the moment that the Office of Management and Budget has launched its open-source policy in 2016. The goal is to provide the Government of a more shareable and re-usable and stop licensing the same proprietary software again and again. A clear example of a strategy of saving costs.

But we must remember that the open source is not always costless and, most importantly, it is not always the kind of software that is requested for critical uses in the government, the army or the enterprises. It is also worth to remember that artificial intelligence is based mainly on good quality data to obtain a good AI application.

Before deciding about open source and AI, any government agency, or even any private sector company, must, as usually described in politics, must ask itself several questions to determine if open source is the right choice.

The open-source software has a wide range of prices which goes from free to extremely expensive. I mean, there is a good reason why IBM has recently paid 34 000 million dollars to acquire Red Hat, the major supplier of open source solutions. This must be added to the fact of the requirement for agencies to check to complete the life cycle cost of IT acquisitions.

Although we are used to thinking in the private sector that “open source is free (costless)”, most of the times we have access to two versions of the same software, the enterprise edition, including a commercial licence, and a community edition, most of the time simplified and with a free licence.

Of course, minimising capital costs by acquiring free open source is attractive. The initial cost of any software effort represents a small fraction of the total payment during the life cycle of acquisition and use. Since profitability is important, it must be carefully compared with effectiveness during application.

Besides, technical support is critical. When the enterprises license commercial software, they usually acquire a high level of support as well. However, there is not only a single source of support for users. The software support in open source is usually done by forums, chats and other similar voluntary resources led by the community. Sometimes, providers may offer other support options, but they usually come with an additional cost.

Which are the main technical problems?

An extended myth about the open source is that it survives thanks to altruism and the efforts and volunteers and members of the community. That may have been true at the beginning, but it is not the case any more. Many people can see the benefits of open source from a technical point of view, but open source has also deeply impacted people, culture and society.

Open source has fostered a revolution. The idea of “do-it-yourself” is very attractive, but depending on our intentions we may find a dead end if we do not own the requested technical skills. I mean, it is not the same to configure or Raspberry Pi to use it as a simple web server than creating and maintaining a full Linux distro or a whole management system with the help of a small team of volunteers.

The open source software usually requires a unique development to fulfil all the complex demands of projects of critical use of the government. Therefore, if the development is not carefully planned, we could only be transferring the savings from software costs to workforce and integration.

However, the open source presents an interesting advantage: it allows users to see how the software works internally, it allows learning from it and to implement upgrades to optimise the software.

The databases based on open source may require an additional effort in the administration to guarantee the security of the data, a good data management and quick access to critical data.

Any military force, for instance, must integrate complex data using the limits of the organisation to find processable ideas which promote a presence moving forward in a sustainable way. This requires a complete, secure and managed view of the critical data using the command to provide forces ready for combat. But let’s talk about something less military and more quotidian.

The good management of the data means that it is certain that the data have not been modified, or if they have been modified, there is a clear log of when, how, and by whom. Data management policies, including privacy policies, must stay together with the data in such a way that when data move, policies remain in place.

When evaluating the data management capabilities, it is necessary to do a full revision of all the aspects involved, including integration, reliability of the data and the preparation of the artificial intelligence. All those aspects must be taken into consideration when deciding whether to use open source.

Here is where the contribution of the blockchain becomes significant.

These networks act as a gigantic data base which is distributed among several participants. Therefore, they act as an immutable ledger (i.e., a record) which contains the full history of all the transactions which have been executed in the network. Each participant is called a node, which is, in fact, a more or less powerful computer which collects and updates the data of each transaction in real time.

Its strength is based on the practical impossibility of altering the data and the transactions at the same time because it would require an extremely difficult attack involving a significant number of target nodes at the same time.

“In the beginning, Blockchain was created to sustain a digital currency: BitCoin. It was the first decentralized cryptocurrency not issued or controlled by a bank”.

Open Source, Artificial Intelligence and data for changing the world.

As it has been mentioned previously, the importance of clarifying the foundations of open source, its pros and cons, the importances of the right access to the data and how artificial intelligence is combined to other tools to generate the opportunity to change the world.

Obviously, the open-source software has a place in the administrations around the world, irrespective of their political complexion. The absence of a price label does not mean that the open source has no cost, obviously. However, the need of working with high quality data and its management compensate for the efforts taken. Future is promising. The open technologies based on Machine Learning are the prelude of all that AI is about to offer.

From models to predict climate change evolution, planning smart cities which connect people in a collaborative environment, significant improvements in the early detection of illness and recommendations about treatments. And those are only a few examples.

The need of relying on accurate data and its management to feed AI will be one of the most important challenges to solve at this moment. In other words, if the agencies have not integrated, reliable and accessible data they need to accomplish the goals of the mission, the projects and its success will be compromised / will be at risk. Our current situation requires the future of coming generations to be guaranteed. That future will go along with AI and, of course, open-source technologies will certainly be its main pillar.