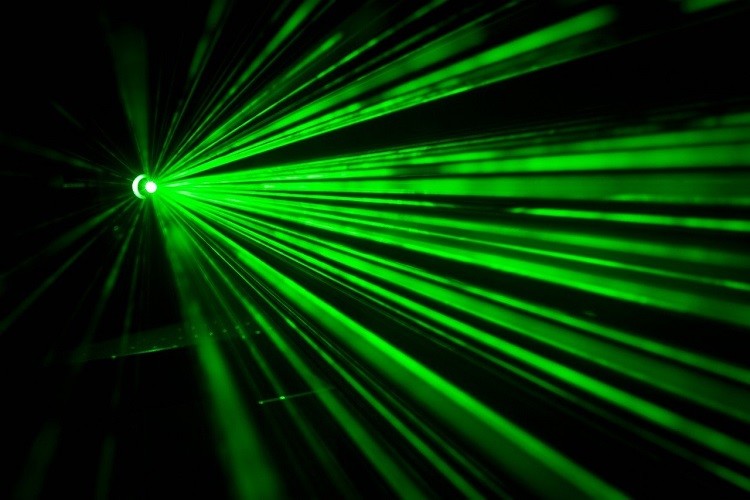 Laser is the future

5G technology has been shown to us as the new form of communication of the present, but also of the future. The truth is that thousands of kilometers above us, NASA, through its latest Martian adventure, uses lasers to stay in contact with Earth. These modified laser systems allow large volumes of information and data to be sent in real time, including high-definition images and videos, something unthinkable if we are aware that said information comes from beyond our planet Earth.

NASA already demonstrated that laser communications were possible with a demonstration on lunar soil back in 2013. But there is more. NASA is building new systems to test human spaceflight, including on the International Space Station (ISA) and the first manned Artemis mission. But even the laser communications model will allow venturing into deep space to help inform millions and millions of miles from Earth.

The origin of the laser: from fiction to science

But let’s go back to the beginning, to the origins of the laser. We can define laser as “a device that uses a quantum mechanical effect (an induced and/or stimulated emission) to generate a spatially and temporally coherent light beam”.

Certainly, the most neophyte, we have always seen the laser as something of science fiction, in innumerable films, many of them mythical such as “Star Wars” and a thousand more films in which, used as a combat tool, they allowed colonize planets in innumerable skirmishes that have allowed the creation of unforgettable series, but that have gradually lost the “fiction” part to become science.

The unstoppable future of lasers

There have been innumerable research centers, innovation clusters, and even universities that, in the last 10 years, have focused their studies on the enormous potential of lasers as a communication engine, certainly at levels unknown for current uses. Without going any further, the US MIT itself, in 2018, conducted an in-depth study on the possibilities of the laser, in which it proposed that laser technology on Earth could be used as a radio beacon system powerful enough to draw attention from 20,000 light years away. And that, although it may not seem like it, is a long, long distance.

But this article could not keep only a part of its enormous potential. Mobility technology will also have the laser as a reference. It can be a tractor, a bus, a boat, a train, a motorcycle, a scooter, a bicycle or even an airplane, but by 2030, more than 120 million new vehicles will have been registered worldwide, and electric vehicles they will account for about a fifth of the total. Laser technology will play a key role in the manufacture of the most important components of a vehicle, including a lunar or Mars module.

But even for matters that are more earthly and close to us, they tell us about the wonders of lasers. The Catalan Institute of Nanoscience and Nanotechnology (ICNN) has launched a laser test for the immediate detection of the coronavirus, which is based, as indicated on its website, on optical biosensor nanotechnology, which identifies the presence of Covid-19 in saliva samples taken from the patient.

And how surely sooner rather than later, we will fill football or concert stadiums again, AI combined with laser technology will allow much more detailed control, almost to the millimeter. Without going any further, the Casfid group has launched its new capacity control system, based on LiDAR cameras with Artificial Intelligence and lasers. This system can be applied in any type of space to count the number of people entering a building.

The detection of people in the capacity control system allows it to work with beams of light, which is not intrusive for users, and the privacy of their identity is maintained, as no biometric information of any kind is stored.

Quantum technology and the resolution of energy and its costs…

To end this article, and returning to the title of it, the laser is the future, I must end with a final statement, to a system that fulfilled a whopping 60 years in 2020. Lighting, virus scanning, construction, 3D mapping, 3D fabrics, energy, medicine, communication, detection of diseases in early stages,… There are many possibilities and even more so, present and future applications.

The race to harness quantum technology has only just begun. The coolest topic in the field of applied laser research right now is quantum technology. In February 2020, the German government announced €600 million in funding for this field, followed by another €2 billion as part of the COVID-19 budget. This is probably more than the combined total of all previous funding for laser technology.

I think that we have all received an electricity bill, this June, totally exorbitant. Marvel Fusion GmbH will investigate laser-based nuclear fusion. The technology for this is based on systems of the kind being developed within a European research network known as the Extreme Light Infrastructure (ELI), to solve the problem of energy and its costs.

I, just in case, will buy a small laser to walk around the house. You never know…